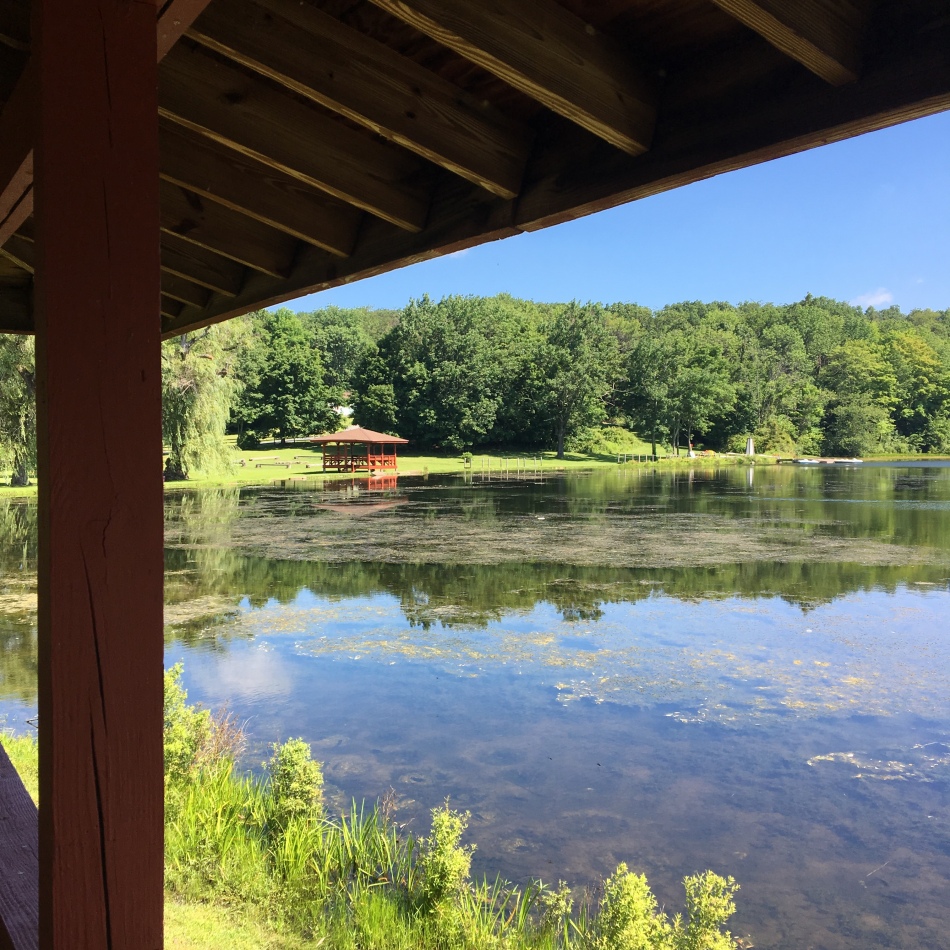 It’s been a little more than a week since I learned that the URJ Kutz Camp, an inspiring and holy place, would have its last summer in 2019. And I’m still devastated. I’m still angry. I’m still sad. How should I react when I learned that a place, a home, that gave me so much, would be going away? Over the last week, I’ve seen a flood of posts on social media about the power of the URJ Kutz Camp on generations of Reform Jews. Here’s my story of how I came to love this place.

Summer 2011 – The first few times that I heard about Kutz, I didn’t understand it. All I knew was that I had a few friends who went to summer camp in New York, came back home, and couldn’t stop talking about it. It wasn’t until the summer of 2011 that I made my way up to the URJ Kutz Camp – but only for five days for NFTY Mechina. It was there that I got a taste of the powerful community everyone had been talking about. URJ Greene Family Camp was still my home and Kutz was definitely special…but not home yet. As I returned to Greene from Mechina, I had no idea just how big of an impact Kutz would have on my life.

Summer 2012 – Fast forward to June 2012, and I have made my way to URJ Kutz Camp again. This time, for the entire summer. Just months before, I had been elected President of NFTY, and a big part of the job was to spend the summer at the URJ Kutz Camp. I was nervous so many times during that first week there. And yet, that community, that camp, never let me fall. That summer contains too many memories to count: being installed as NFTY President, going on my first trash run, fitting 50 teens into a pagoda for Gab with NAB, co-teaching the NFTY Regional Board Track, building intense relationships, bonding with my hilarious and ridiculous NFTY Board, and learning about myself as a leader, as a Jew, and as a person.

Summer 2013 – Even after a phenomenal summer and year on NFTY Board, I almost didn’t come back to Kutz. I had left behind a great group of friends at Greene and I thought seriously about going back to Bruceville. For a whole host of reasons that I can’t remember now, I made my way back to Warwick. That summer, serving as an RA, was the first time that I truly felt responsible for mentoring and fostering a group of young men to be passionate, caring, and loving members of the Jewish community and world. I’m not sure if I did my job, but I do know that I’m so proud of all of them as they’ve grown up. This was also the summer that I learned to take a step back, and allow another phenomenal leader to care for NFTY; one of the most important lessons of my life.

Summer 2014 – This was the summer that I learned how to fail. I had taken a leap and ended up on Leadership Team for the summer as one of the Co-Program Coordinators. In this role, I was responsible for orchestrating all of the programming for the summer. I struggled with the responsibilities, my ability to lead a team, and how to balance everything on my plate with also enjoying summer camp. It was during a ton of tough moments that summer that I knew that the people and place of Kutz would be my rock and my support for the rest of my life.

Summer 2015 – The challenges from the previous summer directly motivated to want to come back and do this job right. I returned to camp with so much inspiration and lots of ideas – and it was a phenomenal summer! There were of course the regular struggles of organizing programming for so many teens, but this summer was different. Maybe it was because I wasn’t sure if I would be coming back the next summer because I would be graduating from college. Maybe it was getting to lead a powerful racial justice program for all of camp. Maybe it was growing fully into my role. Or, maybe it was all of those things. Whatever it was, this summer was so special.

Summer 2016 – Well, I made it back! Even though I had started my full-time job working at the URJ as the first Presidential Fellow for Millennial Engagement, I had the opportunity to come back and continue running the program at Kutz. It was a special summer of coming into my own – my third summer doing programming, being on leadership team, and, what I thought would truly be my last summer on staff. This was the summer of Shabbat Sha’Raps, preparing myself for the working world, and savoring every moment of being home. This summer truly felt like the last time that I would be on staff at Kutz – and it felt like a great way to end my staff run.

Summer 2017 – Well….I made it back again! Even though 2016 really felt like my last summer, especially with starting my new job, I was fortunate enough to come back on leadership team again while also doing my URJ job. Because I was continuing my college and millennial engagement work throughout the summer, I relied much more heavily on my program team staff and got to see them flourish with new opportunities to plan and lead the Kutz program. This summer included a ton of late night work sessions, mentoring other staff members, continuing to rap about Torah, and getting to be in my happy place one last time. (Spoiler: I was not back on staff in Summer 2018, but got to come back on faculty for a week)

Between all of these summers and a variety of retreats, I’ve spent more than one full year of my life at 46 Bowen Road, Warwick, NY 10990. It’s my happy place. And while of course Kutz Camp is way more than the physical space, I will miss the calming Willows, the peaceful Teatron, the honest joy, and the godliness that exists there. It will always be home.

The URJ Kutz Camp is where I learned to love, learn, and lead. It’s where I was able to take risks while being supported. It’s where I rapped about Torah, sang and danced like no one was watching, felt Judaism throughout my whole body, and made relationships and connections to last a lifetime. Over the last week, I’ve been feeling many things – anger, sadness, disappointment, and more. But right now, I just want to feel grateful for everything that Kutz Camp has given me, and the thousands of other people who have walked through its special, holy gates.